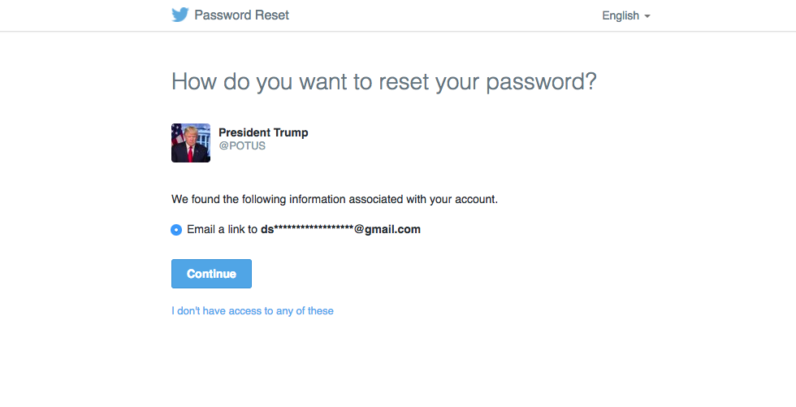 In midst of reports that the freshly inaugurated President Donald Trump is still using his old, insecure Android handset, it appears his phone isn’t the only security threat the country’s new commander-in-chief has ignored. Yesterday, a hacker by the moniker ‘WauchulaGhost’ told CNN that the President, the Vice President and the First Lady were all vulnerable to attacks due to a basic security setting in Twitter that – for unknown reasons – they’ve neglected to activate. The threat essentially revolves around a privacy setting on Twitter that requires users to provide a phone number or an email address when resetting a password.…

This story continues at The Next Web

Source: The Next Web